Is Universalism Compatible with Christianity? 15 Objections.

There is a movement today in Christian circles which is attempting to reconcile Universalist ideas and the Christian faith. The basic idea put forward is that continuing to teach that faith in Christ alone is the only way to God is too exclusive, intolerant, or troubling for our conscious. So because of these things, many progressive leaders like Brian McLaren are attempting to offer “new and fresh” perspectives that allow us to believe Universal doctrines are compatible with Christianity.

The alternative – that Christ alone is the way to God and eternal life – is often explained by these progressive leaders as some sort of unnecessary fundamentalist Bible-thumping dogma. To be sure, Bible-belt cultural Christianity has only fueled this idea in recent years. But this issue goes far deeper than just a few Bible verses that could simply be read from different views. The entire Bible falls apart – the entire Christian faith falls apart –  if you remove the exclusivity of Christ.

Combining Universalism and Christianity is a terrible and grievous error to make. While I have no doubt that some kind, genuine and well-intentioned Christians believe and try to reconcile these two things, for the most part this teaching leads people astray and outside of Christian faith. Below I have listed 15 reasons (and there are surely more) for why Universalism and Christianity are not compatible and must not be combined.

1. Combining Universalism and Christianity undermines the finished work of Christ.

Scripture is clear that the sacrifice of Christ was the once and for all finished sacrifice for sin (Hebrews 7:27). When Christ hung on the cross, he did not cry out “It is finished…except for whatever else you want to do to get to God” (John 19:30). Christ and Christ alone has done what is necessary to bring us to God. King Jesus died – DIED – to bring us to God. The tortured, humiliated, and crucified kind of died. Why, why would we want to take away from that by saying that was only necessary for some people but not all people? That alone makes my stomach churn at the thought of diminishing the beauty and glory of Christ’s humiliation.

2. It undermines the eschatological (that is, final) reality of living in between Christ’s two advents.

Christ came once as the sacrifice for sins (1 Corinthians 15:3) and will come again at the consummation of all things. In between these two advents is the church age; in these last days God has spoken to us through the Son (Hebrews 1:2). This message of the Cross is the power of God unto salvation to all who believe (Romans 1:16) and it is the mission of the church to preach this message to all nations (Matthew 28:18-20). But if you believe in a Universal Christianity hybrid, then…

3. There is no need for evangelism.

If people can be saved by Christ but also through their own works, then why evangelize? What if I preached the gospel to someone who was on track to be saved by their own works outside of Christ, but once they hear the gospel they reject it? Well now I’ve just damned them (Hebrews 10:29). The Apostle Paul says that he would gladly trade his own salvation if it meant his fellow Jews would be saved (Romans 9), but there is no reason for him or us to feel that way if people outside of Christ can be saved.

4. Mixing Universalism with Christianity undermines the force, movement and emphasis of the Bible.

Christ himself taught that the entire Old Testament points to him (Luke 4:21, 24:13-35). The Apostle Paul teaches that righteousness has always come through faith in who the Triune God has revealed himself to be. Romans 4 tells us that those who lived prior to Christ were declared righteous because of their faith in the Triune God who saves, Romans 3:21-28 and Romans 5 tells us that we are now saved and declared righteous due to faith in the finished work of Christ. Everything points to and is climaxed in Christ’s life, death and resurrection.

5. It denies any means to preach assurance to lost and broken people.

When people are facing their own mortality, by what means do I have to preach assurance to them? Only in the gospel can I preach to someone, “Repent of your own sins, put faith in the finished work of Christ alone and subscribe to believing in him alone and you shall have eternal life (John 6:51).” What is the alternative? “Well, you can believe in Jesus, or you can just hope in your own thing, whatever it is, and hope that you’re good enough, that works too. It’s whatever.” There is no power to save and no assurance for the forgiveness of sins without the gospel.

6. It destroys the theological implications of the entire New Testament.

The first half of the book of Romans (which is arguably the theological climax of the entire Bible) is one giant argument for the need for the exclusivity of Christ. The Apostle lays the framework for understanding that no one is good on their own (Romans 3:11), that all have sinned and fall short of God’s standards (Romans 3:23), that all are equally in need of the righteousness that comes through faith (Romans 3:9, 24), that this faith must be in the work of Christ (Romans 5:1), that this faith is not something of ourselves but a divine gift from above (Romans 3:27, Ephesians 2:8-9), and that this faith only comes through hearing and believing the Gospel (Romans 10:14).

Further, every New Testament author at some point in their writing will speak of faith and repentance in Christ and Christ alone. From just a perspective of New Testament theology alone we see that any form of Universalism and Christianity are incompatible.

7. It insults and diminishes the sacrifices of the heroes of our faith.

Peter: crucified upside down
James: put to death
Andrew: crucified
Thomas: killed by a spears, burning plates and then finally burned alive
James Alpheus: stoned and had his brain bashed out
Philip: tortured and crucified
Matthew: martyred
Nathanael: tortured and crucified
Simon the Zealot: crucified
Judas Thaddeus: beaten to death
Matthias: stoned and crucified
Paul: beheaded
Countless early church Christians killed, crucified, burned, stoned…
Countless martyrs throughout the centuries killed for preaching the gospel.
Countless missionaries, such as the Europeans missionaries sent to evangelize the Celts and Vikings were slaughtered by the native people they were attempting to reach.

Did the Apostles and innumerable other Christians throughout the last two-thousand years die because Christianity was compatible with “doing good” or other world religions?

8. Combining Universalism and Christianity denies the power unto new life for the defeat and mortification of sin.

Jesus Christ bore our sins that we might live to righteousness (1 Peter 2:24), only in Christ do death and sin no longer have power over us (Romans 6:1-14). The gospel contains the power to set people free from slavery and bondage. Without the gospel, I instead tell people to just try harder and do what they can. Anyone who has tried to escape their own sin knows that this only leads to grief, heartache, guilt, and turmoil.

9. It makes the mistake of teaching that mankind is worth saving.

None of us deserve or are owed eternal life. We are all equally guilt and deserving of God’s wrath. The penalty for our sin is eternal death, but God in his mercy and goodness has saved those who believe in the work of Christ (Romans 6:23). To teach that Universalism is compatible with Christianity is to teach that everyone is deserving of being saved, when God’s Word tells us the exact opposite.

10. It teaches a different kind of God’s love.

The love of God is displayed to us in the death of Christ while we were still sinners (Romans 5:8). The greatest love of all is displayed in that Christ would lay down his life for us and call us friend (John 15:13). The supreme love of God is displayed in Christ’s humiliation and his obedience to death on a cross (Philippians 2:1-11). If Christ’s death and sacrifice is not necessary for salvation, then this demonstration of love is obliterated. For that matter, what kind of God would destroy his own Son if it wasn’t completely necessary?

11. It denies the severity of sin and depravity of man.

The Bible clearly teaches that all of human kind has fallen and has been tainted by sin (Romans 3:23, Isaiah 53:6, Romans 3:11-18). This does not mean that we are incapable of doing “good” things for one another, it means that all of our being is subject to sin and we are incapable of overcoming the guilt and penalty for our rebellion against God. Teaching that people can be saved apart from faith in Christ finds its starting place grounded in the goodness of man, not the sin and fall of man.

12. It denies the words of Christ himself.

Christ himself repeatedly speaks of the exclusivity of faith in him. Here are just a few examples: John 6:51, Luke 24:44, Luke 24:47, Matthew 28:18-20, John 14:6. Many progressive teachers who want to combine Universalism with Christianity consider themselves “Red Letter Christians,” that is, only the words of Christ in the Gospels are supremely authoritative but the rest of the New Testament might not be. Well, even if you just consider yourself “Red Letter,” you’re still stuck with plenty of exclusive claims by Jesus himself. There is no getting out of them.

13. Piety does not diminish the need to believe the gospel.

God’s Word is clear, we are saved by grace through faith, not by any amount of pious works so that none can boast (Ephesians 2:8-9). This is the beauty of God’s love for us!

14. Teaching Universalism as compatible with Christianity undermines the gospel.

What is the gospel? Simply put, it is the message that Jesus Christ the Eternal Son of God descended to earth, taking on the form of human flesh, to take our place and pay the sacrifice needed for our sins that we might believe and be forgiven of our sins, thus inheriting eternal life. This amazing forgiveness of sins comes completely apart from our own works. If you blend Universalism and Christianity together and say that the gospel or some other world religion can save, then do you really believe the gospel? How can you on the one hand preach a message that says salvation only comes by grace through faith alone and in Christ alone, but then say that someone could be saved by some other means? It simply does not work.

15. It denies the authority of Scripture

If you deny all of these problems by combining Universalism with Christianity, then you are left with a mangled Bible that only makes sense based on how you decide to read it. This is what pastor Tim Keller calls a “Stepford God,” a god that you yourself have created and only agrees and obeys you in your own mind.

Undoubtedly the exclusivity of Christ is a hard doctrine. Our conscious’ bear witness to this fact. After all, countless people die every day without ever hearing or believing in the gospel. But this reality is not a reason to cave in and deny the very teachings that make Christianity what it is. Knowing that people die every day without Christ should cause us to cry out in agony and despair for the lost; not to give up, sit back and do nothing. This agonizing reality is one of our chief motivators for us to reach everyone we possibly can.

Church, let us not neglect this great salvation (Hebrews 2:3). Let us not deny the blood-stained savior who purchased us and ransomed us to himself. Let us be encouraged and spurred on that God would descend and humble himself to take on our flesh that we might be united to him. There is no other message that brings this hope to a lost and broken world! 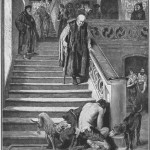 Previous Story:
So Where are All the Prodigals? 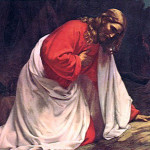 Next Story:
Contemplating the Weight of Sin