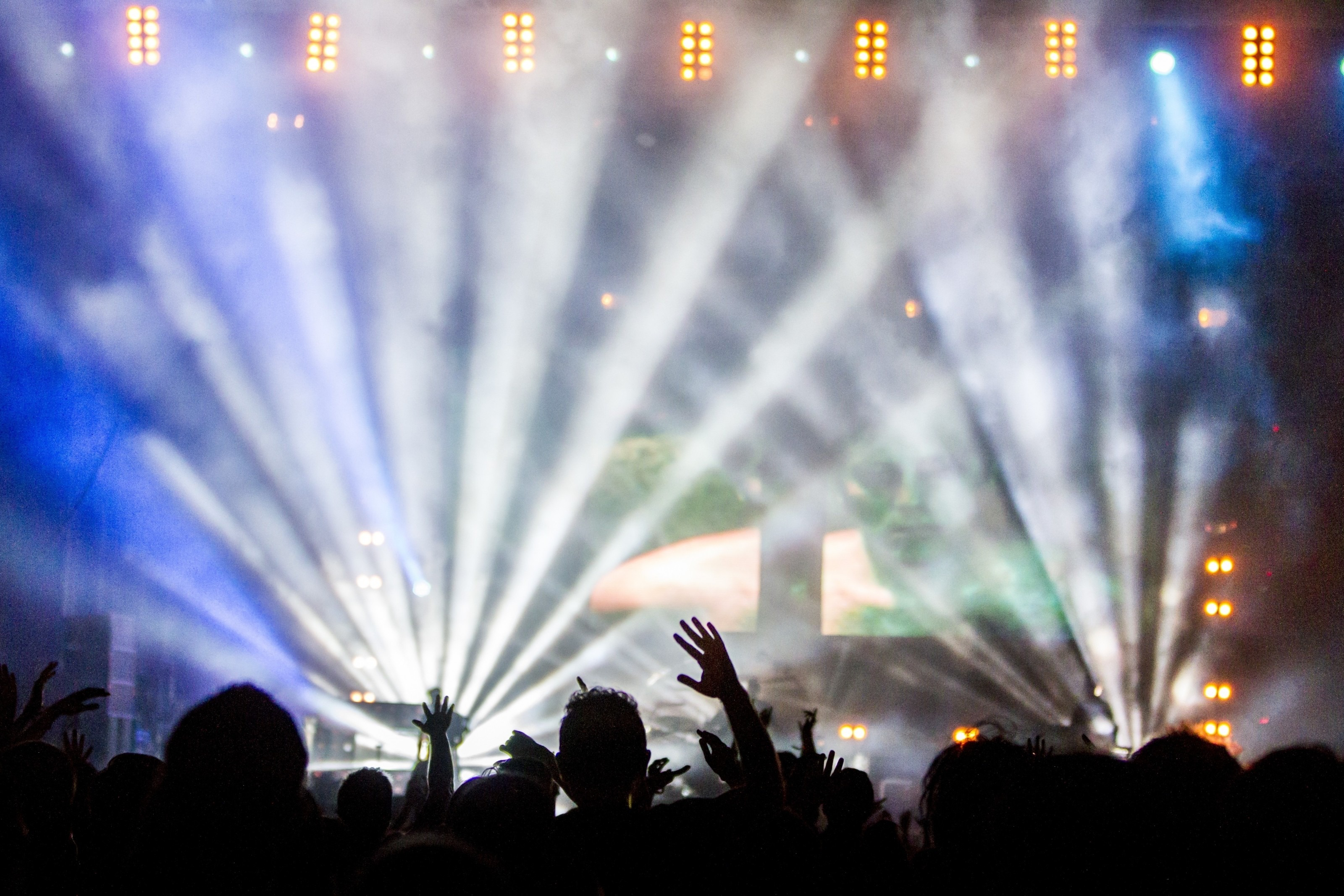 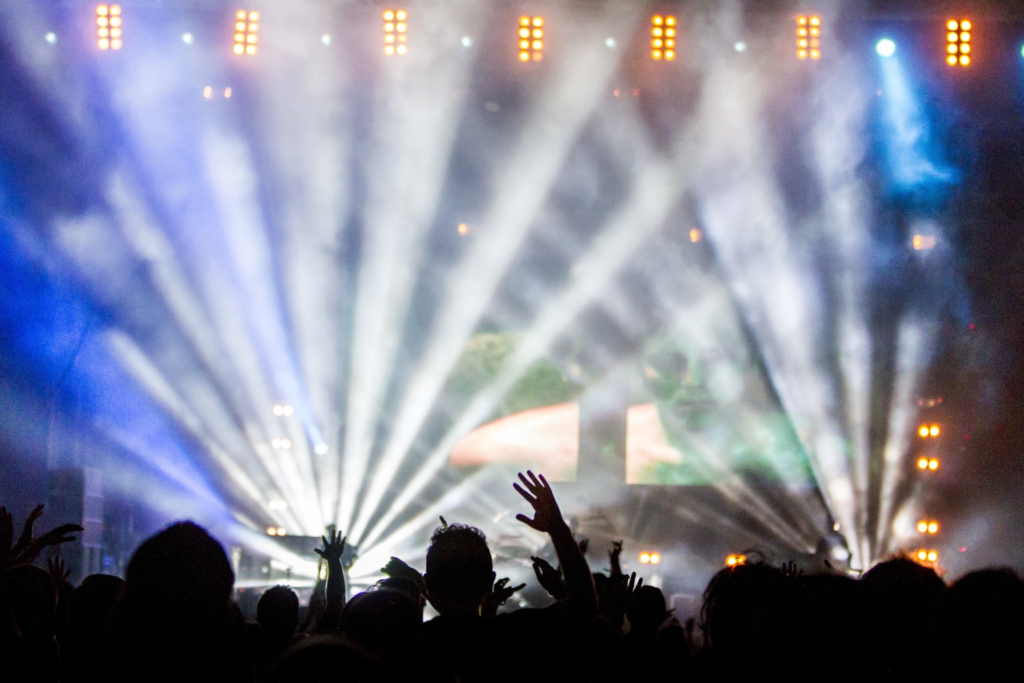 Have you ever been frustrated at the prevalent disregard Americans show toward experts in fields that laypeople otherwise know nothing about? Joe Average who thinks he knows as much about the political system as the most educated person on Capitol Hill, Betty Bologna who refuses to listen to anyone on a subject now that she has read one blog post about it, or Conspiracy Corey who posts 15 obscure Facebook links a day from random corners of the internet – sure that he’s discovered the secret nobody else knows?

Well, Tom Nichols became frustrated enough that he wrote a book about it. The Death of Expertise is an important book which tries to tackle the issue of not only of why Americans can’t seem to dialogue anymore, but why we actually despise those who have expertise in fields that we do not. The argument is relatively simple: we don’t respect people who have more expertise than us anymore. As Nichols says it, “Americans now believe that having equal rights in a political system also means that each person’s opinion about anything must be equal to anyone else’s (p. 5).” Despite all of the advancements we have made as a society, “the result has not been a greater respect for knowledge, but the growth of an irrational conviction among Americans that everyone is as smart as everyone else…we now live in a society where the acquisition of even a little learning is the endpoint, rather than the beginning, of education. And this is a dangerous thing (p. 7).”

I agree. And as I set out to read the book, I couldn’t help but be struck at how accurately Nichols describes the predicament of American churches and Christians. There is an increasingly nasty disposition American Christians have toward one another, especially those who claim (rightly) a better understanding of the faith than they do. This is not only true of lay Christians toward pastors, leaders and scholars, but it is true between lay people themselves. The older and wiser saint no longer carries the respect of the youth which Scripture says is good and necessary for the health of the church (Leviticus 19:32, 1 Timothy 5:1-2, etc.). Trained leaders are despised for their instruction, rather than being honored for the position and charge God has given them (1 Thessalonians 5:12-13, 1 Timothy 5:17-18, etc.)

One section of Death in particular has struck me in how much it applies to the state of the American Church, and that is the chapter on American higher education. It is in this chapter that Nichols attributes much of the “death of expertise” in America to the higher education system. As I read this chapter, I couldn’t help but find parallel after parallel between the problems besetting higher education and the American Church. I want to focus on three for the remainder of this post: The Sold Experience, Over Saturation, and Over Inflation.

Although higher education was originally a place for the select few privileged people who could both afford the tuition and compete academically for their place in the school, “today attendance at postsecondary institutions is a mass experience (p. 71).” It is now the expectation that most people will – and everybody should attend college. Whereas obtaining a college degree once separated those with educational achievement from those without, this is no longer the case. The reality is however, that not everyone can or should make the cut to attend a college or university. But as higher education has become a product for the masses, it no longer guarantees a “college education” but instead a full-time experience of “going to college” (p. 72).

In other words, there is an increasing commodification of education. Students are not treated as such but instead are treated as clients. Those schools which know that they can’t compete for the highest tier of students instead focus on giving people what they want: a four-year getaway complete with apartment-style housing, state of the art recreation centers and Four-Star dining.

With remarkable similarities in many so-called churches in America, Christianity is no longer a system of beliefs and truths to know and be internalized but instead it has become an experience to share with others. Those churches which do not trust in the God-given means of conversion and growth (the preached Word, Sacraments) instead turn to selling an experience to attract the masses.

I recently went to the website of one very popular mega-church in my area to see what they believed and taught. It was extremely difficult to find a page that lists the church’s beliefs, and when I could, it was so generic and ambiguous that I could hardly distinguish it from a self-help center. Instead, the main page flooded me with information about their live-streaming services and the friendly, convenient experience I could have from the comforts of my own home. The “About Us” page contained testimonials – dare I say user testimonials – about how their life had changed since they bought the experience the church had sold them. I wasn’t quite sure if I was on a church website or something for essential oils (these days it seems like it could be one and the same).

Or consider the pamphlet I found in my mailbox for another local “church” which offered me a free week pass for my kids to attend their amazing indoor playground and recreation center. If I would just attend their church, my kids would have so much FUN while I would be ENERGIZED by the experience I’ll have. What does the church actually believe? Who knows, but at least I’ll have fun, right?

While these stories are anecdotal, we all know that these kinds of examples aren’t hard to find. When congregants become consumers, the Christianity they drink from is a watered-down and tasteless variant. The difficult task of confessional and Bible-teaching churches is to convince these people that even though they’ve shared in some generic barely-Christian experience, they haven’t yet tasted the real thing. This is often harder to do than just giving people the real thing in the first place.

Tell such a person that what they’ve bought into is unhealthy – often not even Christian – and the response is one grounded in experience and not Scripture. “My faith has grown tremendously through this, doesn’t that matter? People come into the faith through this, so who are you to say it’s wrong?” Well, if by faith you mean an ambiguous pseudo-Christian experience that they now sort of share with you, then I suppose you’re right. But if you mean an acceptance of the truths of the Triune God, the historic work of Jesus Christ on our behalf, the depths of our sins, and an application of Christ’s benefits to us – then I’m afraid you’d be terribly wrong.

After all, none of these things matter so long as you’ve bought into the shared experience of the “Christian” product of the masses.

However, as the experience is bought up by the masses then the population becomes saturated with people who think they’ve obtained something they actually have not. Nichols points out how small state colleges and schools try to sell students into believing they’re paying for something that is actually a higher-tier product. They offer degree programs that they really aren’t qualified to teach – not only at the undergraduate levels, but at the graduate and doctoral levels as well. The problem here is when underqualified schools offer courses and degree programs as though they are equivalent to their better-known counterparts. Although there is a large quality gap between a competitive university and a “rebranded” smaller school, the student with the lesser-quality degree believes they have actually achieved the same degree as the student from the competitive university. If two students from two different schools have the same degree (even if it is in name only), how could your degree be better than mine? My view and opinion is just as important as yours – we have the same degree…even if my degree was from an unqualified and (perhaps) unaccredited program (p. 92).

The American Christian experience is facing a relatively similar phenomenon. Is every church the same? No. Does every church believe the same things? Not at all. Are all churches as rigorous for their demands from members or the education of their leaders? No. Yet, more and more, just because someone bought into the generic Christian experience they believe their opinion counts just as much as anyone else’s. The person who attends a non-denominational and entertainment-driven church once a month and who barely reads their Bible flaunts their opinion even more strongly than the 65-year-old woman who has attended church every Sunday and has studied the Bible daily under the tutelage of her pastors for generations. The individual who only knows enough out-of-context Scripture from the Gospels to proof text his or her views on social issues knows just as much about Christian ethics as the individual who could outline and quote extensively from numerous books of the Bible. The non-educated and untrained pastor believes their interpretation to be as valid as the pastor with two advanced degrees simply because they share a similar title.

This is absolutely ludicrous, and yet, it makes sense if one judges being Christian not off of beliefs held but an experience that is shared.

When college becomes an experience to be sold rather than a degree to be earned and the population becomes saturated with individuals buying up the product, then the business needs to carry to the client. At the university level, this means the student is always right – even when it comes to their grades.

As Nichols points out, as the cost for the college experience goes up, so too does the demand for better grades. Students who graduate with a high GPA no longer reflect their level of education or intellectual achievement. A study of two hundred colleges and universities through 2009 found that A was the most commonly given grade. Grades in the A and B range now account for more than 80 percent of all grades in all subjects. In 2012, the most frequently given grade at Harvard was a straight A. At Yale, more than 60 percent of all grades are either A or A-. High grades are now rewarded not for academic achievement, but simply for course completion (pp. 94-95).

And so, in similar fashion, as the Sunday church service becomes an experience to be sold and the population becomes saturated with individuals who have bought into a shared experience, the business starts to cater to the client. Give the people what they want – fun, entertainment, positivity. Tell people how good they are in a bigger, louder, faster and sleeker fashion. Stay away from the stuff that turns people away – sin, consequences, repentance, and divisive topics.

Fortunately, this is where the similarities end and we find a major difference between the American church and university. Church leaders and pastors may believe they’re able to come up with new and ingenious ways to grow churches and sell the Christian experience, but ultimately all of these means will fail. We may try to do what we think is best to grow numbers and get more people into seats, but ultimately it is God who gives the growth (1 Corinthians 3:5-9). Christ builds his church, not the “wisdom” of man.

So, perhaps, if we want more people to share in the faith which we hold, we should stop selling them some generic notion of a common experience. Instead, let’s give them the full and wonderful truths about our God, about ourselves, and our glorious savior which the Bible so beautifully lays out for us. “For the foolishness of God is wiser than men, and the weakness of God is stronger than men (1 Corinthians 1:25).”

But then again, what do I know? Your opinion is probably just as good as mine. 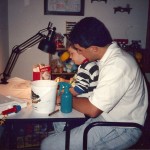 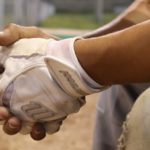 Next Story:
Capturing a Vision for Pastoral Internships