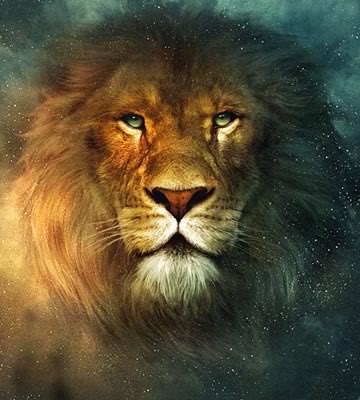 But it is very striking that in the New Testament the terms for calling, when used specifically with reference to salvation, are most uniformly applied, not to the universal call of the gospel, but to the call that ushers men into a state of salvation and is therefore effectual. – John Murray, Redemption Accomplished and Applied

God is faithful, by whom you were called into the fellowship of his Son, Jesus Christ our Lord. – 1 Corinthians 1:9

Jill and Eustace didn’t know how to get Narnia. But they figured calling out to Aslan – whom Jill had not yet met – couldn’t hurt.

Sure enough, it worked.

Just on this side of the stream lay the lion.

It lay with its head raised and its two forepaws out in front of it, like the lions in Trafalgar Square. She knew at once that it had seen her, for its eyes looked straight into hers for a moment and then turned away – as if it knew her quite well and didn’t think much of her.

“If I run away, it’ll be after me in a moment,” thought Jill. “And if I go on, I shall run straight into its mouth.” Anyway, she couldn’t have moved if she had tried, and she couldn’t take her eyes off it. How long this lasted, she could not be sure; it seemed like hours. And the thirst became so bad that she almost felt she would not mind being eaten by the lion if only she could be sure of getting a mouthful of water first.

“If you’re thirsty, you may drink.”

They were the first words she had hears since Scrubb (Eustace) had spoken to her on the edge of the cliff. For a second she stared here and there, wondering who had spoken. Then the voice said again, “If you are thirsty, come and drink,” and of course she remembered what Scrubb had said about animals talking in that other world, and realized that it was the lion speaking. Anyways, she had seen its lips move this time, and the voice was not like a man’s. It was deeper, wilder, and stronger; a sort of heavy, golden voice. It did not make her any less frightened than she had been before, but it made her frightened in rather a different way.

“Are you not thirsty?” said the Lion.

“Then drink,” said the Lion.

The Lion answered this only by a look and a very low growl. And as Jill gazed at its motionless bulk, she realized that she might as well have asked the whole mountain to move aside for her convenience.

The delicious rippling noise of the stream was driving her nearly frantic.

“Will you promise not to – do anything to me, if I do come?” said Jill.

“I make no promise,” said the Lion.

Jill was so thirsty now that, without noticing it, she had come a step closer.

“I have swallowed up girls and boys, women and men, kings and emperors, cities and realms,” said the Lion. It didn’t say this as if it were boasting, nor as if it were sorry, not as if it were angry. It just said it.

“Then you will die of thirst,” said the Lion.

“Oh dear!” said Jill, coming another step nearer. “I suppose I must go and look for another stream then.”

“There is no other stream,” said the Lion.

It never occurred to Jill to disbelieve the Lion – no one who had seen his stern face could do that – and her mind suddenly made itself up. It was the worst thing she had ever had to do, but she went forward to the stream, knelt down, and began scooping up water in her hand. It was the coldest, most refreshing water she had ever tasted. You didn’t need to drink much of it, for it quenched your thirst at once. Before she tasted it she had been intending to make a dash away from the Lion the moment she had finished. Now, she realized that this would be on the whole the most dangerous thing of all. She got up and stood there with her lips still wet from drinking.

“Come here,” said the Lion. And she had to. She was almost between its front paws now, looking straight into its face. But she couldn’t stand that for long; she dropped her eyes.

“…the Boy is safe. I have blown him to Narnia. But your task will be the harder because of what you have done.”

“The task for which I called you and him here out of your own world.”

This puzzled Jill very much. “It’s mistaking me for someone else,” she thought. She didn’t dare to tell the Lion this, though she felt things would get into a dreadful muddle unless she did.

“I was wondering – I mean – could there be some mistake? Because nobody called me and Scrubb, you know. It was we who asked to come here. Scrubb said we were to call to – to Somebody – it was a name I wouldn’t know – and perhaps the Somebody would let us in. And we did, and then we found the door open.”

“You would not have called to me unless I had been calling to you,” said the Lion. 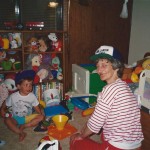 Previous Story:
The Anomaly of Death 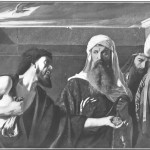 Next Story:
Judas, You Fool!

One Response to :
Effectual Calling in Narnia