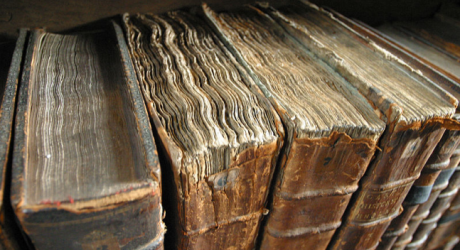 A Prequel, Inside My Head: “The Episode”

I recently stumbled upon a document I wrote to myself to try and process an intense dream I had in late 2011. This is really the only time I’ve ever had a dream so intense that I had to try and write it out to process everything. I’m calling this event “The Episode.” I’ve edited out a few details, but for the most part you’re getting a raw exposure into my head from late 2011. Enjoy…

This is a result of an episode that occurred on 11/5/2011 at approximately 2:30 A.M. Unable to fall asleep, I had a 20-30 minute episode that was essentially a “broadcast” – this is what I am calling it – that was a stream of every sermon, book, scripture, conversation, article, song, experience, etc…that I have read/heard/discussed in the last 18 months. It was incredibly intense.

To be exact, it has been almost 18 months to the day since I went out and had my debaucherous episode in anger and frustration that broke me and brought me to my knees. Is it a coincidence that this “broadcast” occurred almost 18 months exactly to the date? I believe it was somewhere in the first 15 days of May 2010 that I was broken, and sometime in the second half of the month that I came to saving faith.

I’m not sure if anything happens coincidentally. Does this 18 month mark mean something? Have I gotten to the point where the LORD is now going to grow and stretch me further? I believe the knowledge I am processing is in preparation for something more. A new job? Ministry? Seminary?

This broadcast connected several dots for me amongst many things I know. It is my prayer that the LORD will connect even more dots as I write now. At least that is the plan.

The next several pages are going to be essentially the core – if not everything – I know to be true as it stands about the LORD. Who He is, the gospel, His nature, the Trinity, what it means for my life…

What is the gospel?

God created us out of love, to be in relationship with him.

Genesis tells us that God called out to the man in the garden – “Where are you?” He knew where Adam was, but this was an expression of His hurt and anguish over what was to come next. God knew this would begin the time when man would be separate from God because of the penalty of man’s sin.

Why then, did he create us? I’ve tried to fit this into the best example that I could, but any attempt to humanize God is ultimately flawed. I will do my very best to describe it.

I knew before I got my dog Beau that I would one day have to say goodbye to him. I didn’t know how attached to the dog I would become, nor do I know how much pain his death will ultimately bring me. This is, of course, unlike God in that He knew the pain our sin would cause, but His love for us and desire for us outweighed this pain.

This knowledge of Beau’s ultimate passing did not stop me from getting him. Even now, I would not attempt to make an argument such as “If I got rid of him now, the pain now would be less than the pain in the end.” This would be a lie. Do I love Beau any less now than I will on the day of his death? No – my love for him is unconditional – or as unconditional as a man can get for his canine companion. I will have more experiences, more memories of Beau in the end – but will this not only bring me joy?

In the same way, we cannot say God would not create us because of the pain sin would cause. Nor can we say that, because of sin, God would try to shorten our time to be in relationship with Him. God knew we would cause Him pain, but He also knew we would bring him joy. And that, of course, there would be a way for us to remain in Him for eternity. This is where my analogy is most significantly flawed. Once Beau leaves this world, I will only have his memory to hold onto.

Once sin entered our lives, we became eternally separated from God. What does this mean? Romans says that the wages of sin is death. We deserve death for our transgressions, an eternal death that results in being cast to the lake of fire. Scripture also says that sin entered through the one man, Adam. David laments over our sin when he cries our “Surely, I was sinful at birth…” We knew from the beginning that if we broke the law, we would surely die.

If death is a result of sin, the penalty of which is eternal punishment in hell (The parable of Lazarus and the rich man, etc.), what then? All sin can only be justified through the sacrifice of blood – Leviticus, verified by the author of Hebrews – but the problem is we continue to sin. God established the sacrificial system, but this did not prevent us from sin. God established more law, but this only leads us into more sin. Romans continues that the law was added so that the trespass might increase. The implication of “increase” in this context is that our fault would be more obvious at the coming of Christ. For, what is the need of a savior if we don’t know we are doing anything wrong? By having the law as a standard, we know we cannot keep it perfectly.

I will try another analogy. In grade school, it was known to us that by keeping the rules and working hard, we would be praised by our teachers and ultimately our parents. If we broke the rules, or slacked in our studies, we received punishment and poor grades. What would be the incentive to try and do will if there was not a consequence for doing wrong? Or a reward for doing right? Similarly, what incentive is there to strive to be Christ-like if there is no punishment for our wrongdoings?

This is again a flawed analogy, of course, because this leaves out grace and the love poured out for us at Calvary. As far as I know, no teacher ever died that I might get an “A” in social studies.

I’ve been struggling the last few nights trying to figure out what is going on in this head of mine. Inspiration for writing has been lacking.

In addition to what I am already trying to process, I’ve been struggling with much temptation lately. Compulsion and greed take over the very heart of me. What is it that triggers these compulsions? Can I simply blame a rush of hormones or being a male? This is no excuse. Christ was able to avoid all temptation. Why am I unable to follow in his footsteps consistently?

I previously establish that no one is saved under the law. Why? Because the only thing the law does is show us our sin. To be fair, this is not all the law does as it reveals God’s character and His desire for our lives. It also points us to Christ.

And, as I pointed out, I cannot even stick to being free from temptation and compulsion. What does this mean? This means I have no way to hold the law. And if I can’t hold the law, I am a sinner.

Christ made a way for us by once and for all taking the sin punishment for all. He became like man to serve us. How amazing! God desired relationship with us so much that He sent Himself in Jesus, descended off the heavenly realm to become like us, to lead the lost sheep back to the shepherd, to give us an example, and to save us. We have a way to God through Christ! All we must do is confess and believe in our hearts and we are wiped clean, clothed with new garments.

If I have this God-man to look to, if I know He was beaten, tortured, and hung on a tree for me – why then can’t I stop giving into temptation? He paid the ultimate price for me out of love, why can’t I return the love shown by simply being obedient?

Paul says that what we don’t want to do, we keep on doing because of the sin nature alive in us. Will I ever stop sinning? Not until I reach heavens fates. But I can’t stop trying and being obedient.

Is it not similar to exercise? I’ll never be in perfect human shape, but I can aspire to train my body to stay healthy. If I stop exercising, what happens? It shows in the rest of my life. I get lazy, I eat worse, and I’m not as productive. Similarly, if I stop living by the spirit and trying to rid myself of sin, I will feel distant from God (although he is always near) and it will be apparent by my fruit.

There you have it. My young in the faith mind from late 2011. I don’t think I ever finished writing down everything I wanted to, so that is all there is. I hope you enjoyed your stay inside my head!

dream faith Inside my head 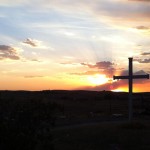 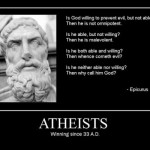 Next Story:
My Problem With the “Problem of Evil”