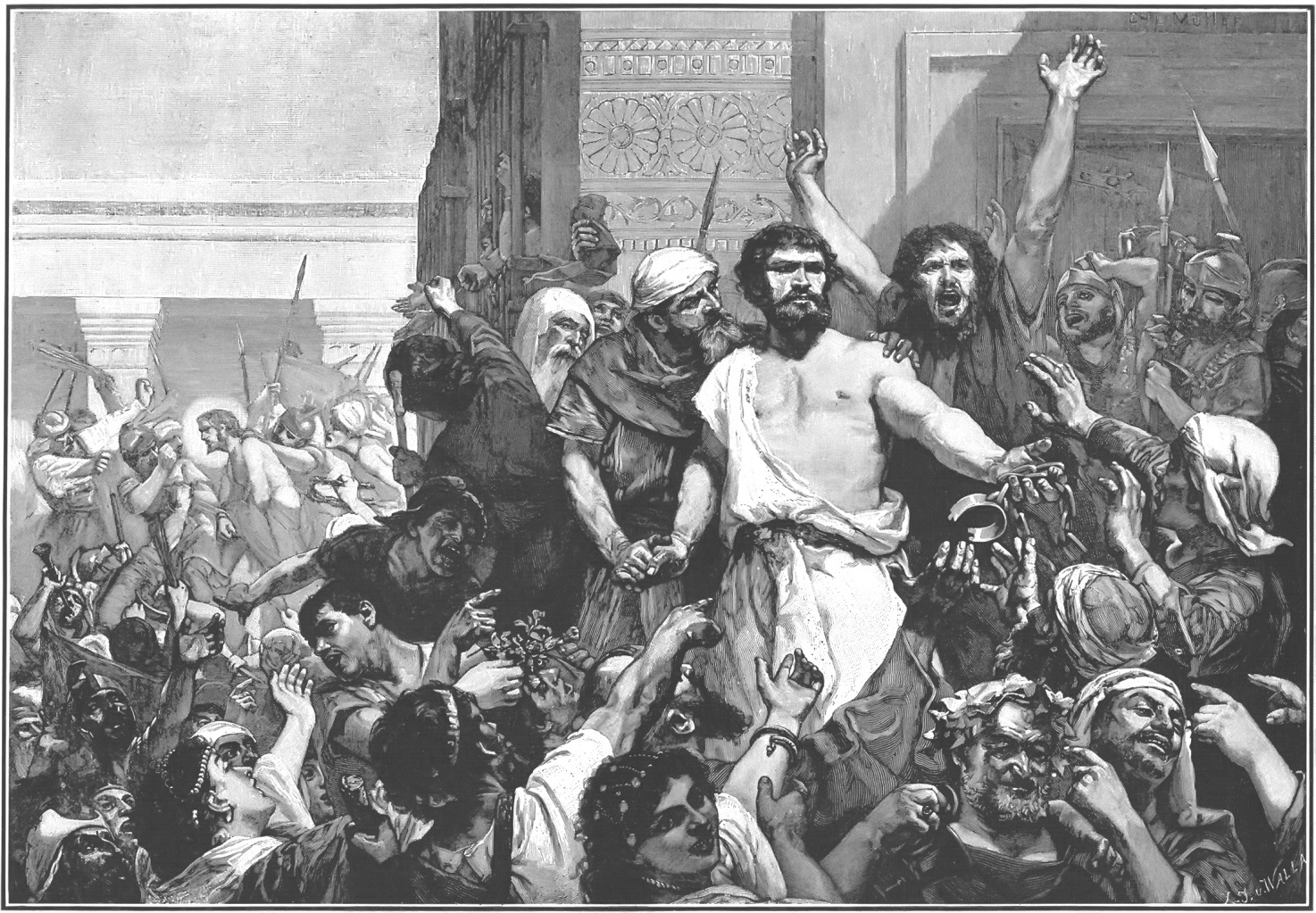 The Villainy of Man

“Release Barabbas!,” they cried (John 18:40). Barabbas the robber in exchange for a King.

The angry crowd had gathered. The ones who just some days earlier had laid palm branches at the feet of the donkey-riding King (John 12:12-19) are now crying for his death. What happened? How could they turn on the “do-gooder” Jesus?

Instead, they got something quite different.

This King on a donkey was not conquering a physical evil, but a spiritual one (John 12:46). He did not come to build an earthly Kingdom, but a heavenly one (John 18:36). In this Kingdom, power is not shown through physical strength or earthly status but through a love for God and a love for others (John 13:31-35, John 15:1-17).

The people got a King that was completely different from what they were expecting. Many loved him, others reviled him. As a result, they wanted him dead.

“Away with him, away with him, crucify him!”, they yelled (John 19:15). Having been given the chance to exchange the death of Barabbas the robber for Jesus the Christ, they still chose the latter. Hatred for godliness runs deep.

In the encounter between Pilate and the Jews in John 18-19, we have a singular story that actually communicates to us the metanarrative of the entire Bible. In it, we see a rebellious people and their response to a God who gives everything he has – himself – to his evil people in order to save them.

It is easy for us to read this story and think, “How could the people be so cruel? How could they exchange the peaceful, loving, kind Jesus for a robber who had already been condemned under the law? Surely I could never do something so viscious.” If that is your response to this story, then you’re reading it all wrong.

In the grand narrative of the Bible, you are not the hero. You’re not an optimistic secondary character, you’re not even an innocent bystander! The truth is, the Biblical narrative paints all of us as the villain. Every single one of us! If we truthfully read the account of Pilate and the Jews, we would realize that we too would be crying out for Barabbas’ life in exchange for Christ.

Many of us live out this narrative in our daily lives. We walk around and say things like “I’m generally a pretty good person”, “I could never believe in a God who would ask me to…”, “Jesus was wrong when he said…”, “How could a loving God turn someone away if…”.

We say these things because we’re offended by the claims of Christ. And because we are offended by them, we too reject him. We are willing to offer him up in exchange for anyone and anything that contributes to our villainy and rebellion. See, you are contradictory if you call yourself a friend of Jesus but reject his teaching. You contradict yourself if you believe that the claims of Christ are wrong, but that you never would’ve cried out for his death. We are no different from the Jews who expected a king according to their standards, but rejected the King who said they had to live by his.

This, of course is not the end of the Biblical story. For in this story the hero dies for the villain, the villain who also happens to be his beaten, bruised and yet beloved bride who has locked herself away in a tower of sin and death. We have rejected and rebelled against Him, and his response is giving us His life to set us free. 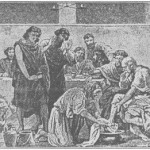 Previous Story:
On the Uselessness of Seminary and the Vanity of Knowledge