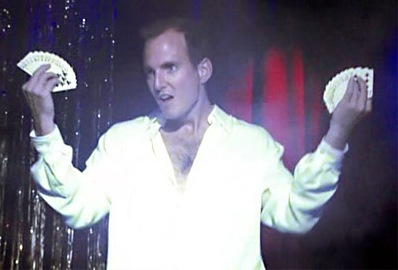 This is the continuation of a series:

3) The Entire Bible is in God-Inspired Reconcilable Harmony

This point is probably the most crucial, yet most difficult pill to swallow. In an age where rationalism and empiricism are highly valued over faith, the rational thought and empirical evidence are pitted at odds with faith and its commonly accepted that there is absolutely no way the Bible is God-inspired, let alone at harmony with itself. On the opposite end of the spectrum, faith is pitted against rational thought because the only thing that’s important is “my relationship with Jesus – after all that intellectual stuff is left for the scholars at the seminaries.” Both schools of thought, and for the Christian the latter view is completely unbiblical. Is it necessary to take the Bible as  one inspired non-contradictory text? My answer is ‘yes’, and I say so for three reasons; 1) because the Bible speaks of itself authoritatively, 2) it charges us to think critically about the text and 3) because of the temptations set before us when the Scriptures are read any other way.

There is no place in the Bible where it doesn’t speak of itself as authoritative and cohesive. The most popular text referenced for this is 2 Timothy 3:16, “All Scripture is God-breathed…” The Apostle Peter refers to Paul’s writings as Scripture. Throughout his writings, Paul routinely defends his Apostolic authority (in contrast to the heretical people he is addressing in his letters), and the Hebrew Scriptures of the Old Testament were what Jesus himself taught from and spoke of as being authoritative. It is common today for people to pick and choose the passages they like out of the Bible and those they don’t (more on this later), but that is being logically inconsistent. There is no reason to accept any of the Scriptures as God-inspired and others as not, so when we approach the text it is logical and necessary to approach it as one cohesive unit.

This is not to say that our faith in the text nor our assumptions should be blind nor on a whim. Accepting the Bible as an inspired cohesive unit fuels intellectual rigour. Admittedly, there are some difficult and challenging things in the Biblical text. There are some points that appear to be inconsistent or contradictory. We could easily write these things off if we didn’t accept the text as inspired, however that would do disservice to the intellectual exercise that Scripture is in part meant to provide. As Christians, we are to think hard and seriously about our faith, and press in deep when we come across things that don’t at first glance make sense. That is what it means to love God with all our mind, a third of the greatest commandment that we cannot ignore.

In addition, I believe there is a healthy level of questioning, skepticism and doubt that can fuel our Biblical studies. This skepticism and doubt should never undermine the bottom line that we believe the text to be inspired, but nonetheless skepticism and doubt can serve to motivate our studies. This isn’t a concept foreign to the Scriptures. Take for example the Berean Jews in Acts 17, who “received the word with all eagerness, examining the Scriptures daily to see if these things were so.” Further, it was their intense examinations of the Scriptures that caused many of them to be led to belief. The Bible routinely commands Christians to be prepared to give responses about their faith to others (2 Timothy 4:2, 1 Peter 3:15), and knowing the truth of Scriptures is meant as a defense against deceitful heretical teachings. Even some of those who witnessed the resurrected Christ in Matthew 28 were doubtful – “Many worshipped him, but some doubted” (verse 17). It’s not as if one guy was standing there saying “Some magic trick this is”, and another is saying “It’s not a trick, its called an illusion.” No! Even after seeing the resurrected Christ some still had doubt – so I think it’s healthy today to have some level of doubts and skepticism so long as it doesn’t undermine our faith itself. Skepticism and doubts can be healthy fuel for deeper Bible reading.

Lastly, the temptations that face us if we don’t regard the Bible as one God-inspired cohesive unit are too great. We can trick ourselves into thinking we have the intellectual abilities to filtering out what isn’t necessary and what is, but at the end of the day we are giving into crafting a God that we are most comfortable with. Take for example the condemned deeds of the flesh in Galatians 5, “...sexual immorality, impurity, sensuality,  idolatry, sorcery, enmity, strife, jealousy, fits of anger, rivalries, dissensions, divisions,  envy, drunkenness, orgies, and things like these” (verses 19b-21). If I don’t regard the Bible as God-inspired, then really I can just remove any of these works of the flesh from the list that I want. So thoughts like this begin to happen: Anger isn’t that bad, because some people are really frustrating. And if anger isn’t that bad, then I suppose losing control and drinking too much on the weekends isn’t so bad. After all, we’re only having a little fun right? And if I’m really going to have fun, then I should probably hook up with a few more people. After all, there isn’t really a reason to be faithful to one person since I have urges to satisfy. Picking and choosing what we want to believe from the Scriptures is a slippery slope that can only lead us away from God into the comforts of our own minds.

This is an intentionally short high-level view of why I regard the Scriptures as cohesive and inspired, as well as why I think it is necessary to do so. Books have been written on the subject, and I didn’t even get into empirical/rational arguments for the cohesiveness of Scripture. Those arguments are certainly important, but at the foundational level I have explained three basic reasons to regard the Scriptures as one unit.

Questions or comments on this subject? Feel free to comment or send me a note! 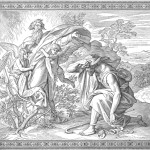 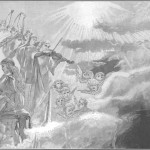