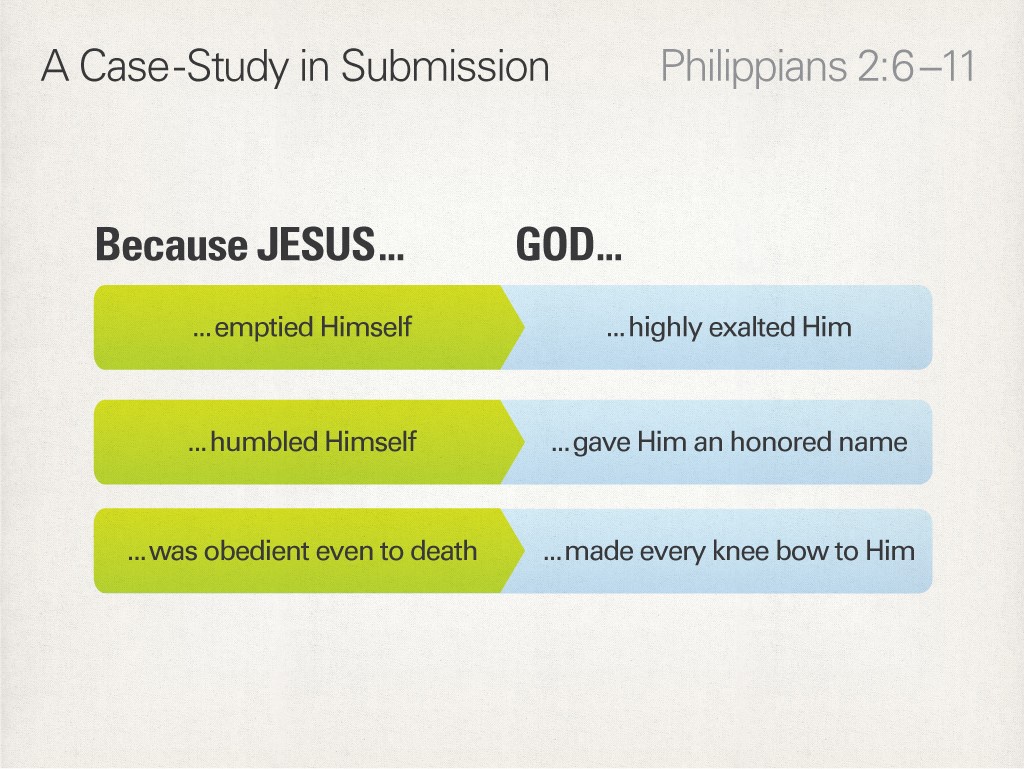 Well, it’s getting to be the end of the semester, and school + life = craziness! While trying to balance so many things, I find myself unable to sit down and write some blog posts for you all to enjoy. I did however recently write a paper for my Greek Exegesis class. As it turns out, I didn’t write complete heresy, so for the next week or so I’ll be dividing excerpts of that paper up into some posts for you all to read. I hope you get something from it! The paper itself was an exegetical paper on Philippians 2:12-13.

12 Therefore, my beloved, just as you always obeyed, not as[2] in my presence only but now much more in my absence, with fear and trembling workout your own salvation. 13 For God is the one working in you, both to will and to work for his good pleasure.

Paul’s letter to the Philippians is one that is marked by endearing words of cheer, joy and rejoicing. It has many of the characteristics of a “letter of friendship”, and it is clear Paul has a very close relationship with this church (Fee, 13). Because of the language and tone associated with the letter, readers often mistakenly believe the Philippian church is one without struggles or problems taking place within the church. However, as exegetes and students of the word we must ask ourselves why Paul felt it was important to use this language and structure in the first place. Upon a closer study of the text, it is clear that there are two underlying situations as the cause for this letter; hardships and suffering within the church, as well as enemies and external opposition to the church. It is Paul’s primary goal to provide exhortations against these trials all while having joy in Christ.

Paul immediately begins his letter with an expression of thankfulness toward the Philippian church. It is clear the church is special to Paul, as it was not only his first plant but also the only one to offer up support for his ministry (4:15). It was important for Paul to establish this connection and relationship between himself and the church, as he continues the letter by summarizing his current imprisonment. When the church might be expecting to hear of Paul’s sorrow, he instead speaks of his joy in Christ and the advance of the gospel that has taken place because of his time in prison. Not only do we see Paul using himself as an example in these verses, but we also get our first glimpse of the external opposition facing Paul and the Philippian church (vs. 1:15, 17).

This summary of his imprisonment is Paul’s way of showing an example of what it means to have joy during suffering. He encourages the church to stand firm in one spirit, to be striving side by side for the faith of the gospel, and not to be frightened by their opponents. The important thing to realize about this language is that in order to stand firm, there must be something to stand firm against. It could be debated to the degree to which opposition and weak faith is impacting the congregation, but it is clear in these verses (1:27-30) that the church is facing opposition of some kind. The church itself is engaged in the same conflict as Paul, which is a gift from Christ (vs. 29).

As if Paul’s example of joy during suffering were not a big enough statement, he continues to use Christ’s example of humility to the point of death as means of encouragement and a basis for sanctification in the church (vs. 2:1-11). As it was Christ who humbled himself to the point of death on a tree, counting us as more significant than himself, so too then should we count others more significant than ourselves (these verses are especially relevant as they immediately precede verses 12 and 13, which will continue to be explored in remainder of this paper). With Paul’s preceding example and exhortation to stand firm in conflict (vs. 30), as well as Christ’s example as a means of showing how to treat one another, it is clear that some sort of internal doubt (possibly departures from the faith, see vs. 3:18) and/or external opposition are facing this church.

As the letter continues, it becomes more evident that polemical charges are being placed upon false teacher and opposition facing the church. While not as polemical as the Judaizers facing Galatia or the false teachers Timothy would later face in Ephesus, it is clear by such language as “dogs”, “evildoers” (3:2) and “enemies of the cross of Christ” (3:18) that this group (or groups) were causing some serious issues in Philippi. They appear to place confidence in the flesh – that is worldly status and esteem – things Paul calls “rubbish”.

Upon a closer look at Philippians, we gain a backdrop for how we should read Paul’s numerous exhortations to joy and rejoicing in this letter. It is evident that there is some form of doubt or temptation from within the church, as well as an external group of people opposing the congregation. Despite these circumstances, Paul provides himself – and more importantly Christ Jesus – as examples for rejoicing during suffering. Indeed, Paul commands the church to “Rejoice in the Lord always” (vs. 4:4)! 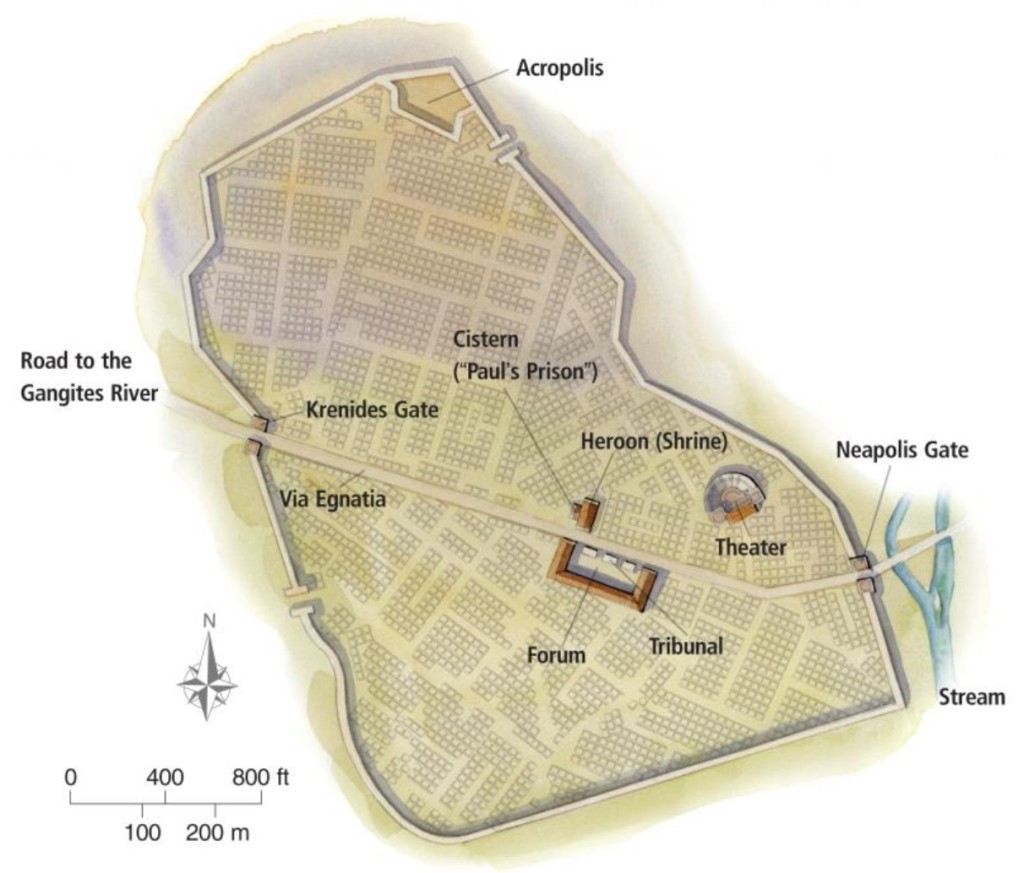 Philippi at the time of Paul

As is the task of any good exegete, it is necessary for us to take into consideration the historical elements which bear weight on this letter, elements of the literature which might impact our interpretation, as well as the greater redemptive-historical impacts this letter makes on the rest of the Scriptures.

The relationship between Paul and the church at Philippi has significant impact on this letter. While we might think that Philippi was merely another church plant, it is clear even from the text in verses 1:5 and 4:15 that Paul and the church have a close relationship. Moises Silva astutely reconstructs the events of Paul’s ministry, showing that Philippi was Paul’s first plant as well as the first church to faithfully and continually support his ministry (Silva, 2). Indeed, even when the church was unable to help Paul due to their own circumstances, they felt a responsibility to provide assistance to him.

While many scholars debate the importance of where this letter was written from, I remain unconvinced that this is significant to our understanding of the letter (I do however agree with Silva and Fee’s apparent dismissal of theories other than the Rome origin). What I believe is more important to our comprehension of Philippians is the categorization of the opposition facing Paul and the church at Philippi. For brevity’s sake I will merely make mention of verse 3:2 as reason to believe that there was a hyper-Jewish Christian sect arising near Philippi.  It is ambiguous whether this is the same group taking advantage of Paul’s imprisonment in chapter 1 (Silva, 9).

The style of literature this letter takes on is also important for us to consider. Gordon Fee tells us that this is a letter of two different kinds; a “letter of friendship” and a letter of “moral exhortation” (Fee, 13-20). We are able to classify this letter as such using even ancient literature that have been passed down from this time period, those of Demetrius and Libanius. Fee categorizes the letter as “friendly” because it contains common elements of the friendly letter – the separation between friends (1:27, 2:12), concern for the affairs of both sender and recipient (1:12, 27, 2:19, 34), and that the recipient “does well” to look after the needs of the sender (4:14) (Fee, 13-14). We also see elements of moral exhortation, which are that the writer is the recipients friend and/or moral superior, and that the writer aims and persuasion or dissuasion. Philippians contains large hortatory sections which fit into these descriptions, namely 1:27-2:18 and 3:1-4:3. Considering Paul’s “all of us…should” language, one of the aims of Paul’s letter does indeed seem to be a persuasion towards a certain kind of behavior (Fee, 18-19).

It is also worthwhile for us to study Paul’s use of the Old Testament in this letter. While Paul would normally issue his argument from an extensive use and quotation of the Old Testament, these qualities are missing from this letter (Fee, 22). What we see instead is sort of an inter-weaving of Old Testament into Paul’s written context, otherwise known as “intertextuality”. This style of writing assumes that the hearers will know the original text intimately and that they will understand how it is newly being used. Fee argues that this type of usage is not the type of polemics we might find in Galatians or 1 Timothy, but instead is a writing mutuality and common ground (Fee, 23). An example of this intertextuality can be seen in verse 2:12 when Paul instructs believers to work out their salvation with “fear and trembling”. This language is exclusively used by Paul in the New Testament, and harkens back to language from the Old Testament. It primarily is identified with the fear pagans felt before God because of the wonders he worked for His people (Isaiah 19:16, Deuteronomy 2:25) (Fee, 105).

Finally we must examine the themes of Philippians and how they fit into the entirety of redemptive history. As it has already been addressed, the theme of joy amidst suffering and trial is one of, if not the primary theme of this letter. It is important for us to consider this text in light of a world post-crucifixion, where a church has already been established and is thriving. As a body of believers, what then should the expectation be for the Christian life? Paul could not be clearer than he is in 1:29, “For it has been granted to you that for the sake of Christ you should not only believe in him but also suffer for his sake[3]”. As he will later say in 3:15, “Let those of us who are mature think this way”. The expectation for a believer in Christ following his death and resurrection should be to suffer for his sake, yet in the midst of this to “Rejoice in the Lord always”. This theme in Philippians is especially important for us to grasp onto as servants of God’s redemptive plan as we take his gospel to all peoples.

[1] The UBS Critical apparatus notes that ὡς may or may not be in the original. However, in Bruce Metzgers Textual Commentary on the Greek New Testament he concludes that its absence from certain documents is likely accidental, and the presence of the word in p46 as well as in the Alexandrian and Western texts gives strong to support to it being in the original document. I see no reason to disagree with his analysis.