The terms of Christ’s salvation are erroneously stated by the present-day evangelist. With very rare exceptions he tells his hearers that salvation is by grace and is received as a free gift; that Christ has done everything for the sinner, and nothing remains but for him to “believe”—to trust in the infinite merits of His blood. And so widely does this conception now prevail in “orthodox” circles, so frequently has it been dinned in their ears, so deeply has it taken root in their minds, that for one to now challenge it and denounce it is being so inadequate and one-sided as to be deceptive and erroneous, is for him to instantly court the stigma of being a heretic, and to be charged with dishonoring the finished work of Christ by inculcating salvation by works. Yet notwithstanding, the writer is quite prepared to run that risk.

Salvation is by grace, by grace alone, for a fallen creature cannot possibly do anything to merit God’s approval or earn His favour. Nevertheless, Divine grace is not exercised at the expense of holiness, for it never compromises with sin. It is also true that salvation is a free gift, but an empty hand must receive it, and not a hand which still tightly grasps the world! But it is not true that “Christ has done every thing for the sinner.” He did not fill His belly with the husks which the swine eat and find them unable to satisfy. He has not turned his back on the far country, arisen, gone to the Father, and acknowledged his sins—those are acts which the sinner himself must perform. True, he will not be saved for the performance of them, yet it is equally true that he cannot be saved without the performing of them—any more than the prodigal could receive the Father’s kiss and ring while he still remained at a guilty distance from Him!

Something more than “believing” is necessary to salvation. A heart that is steeled in rebellion against God cannot savingly believe: it must first be broken. It is written “except ye repent, ye shall all likewise perish” (Luke 13:3). Repentance is just as essential as faith, yea, the latter cannot be without the former: “Repented not afterward, that ye might believe” (Matt. 21:32). The order is clearly enough laid down by Christ: “Repent ye, and believe the gospel” (Mark 1:15). Repentance is sorrowing for sin. Repentance is a heart-repudiation of sin. Repentance is a heart determination to forsake sin. And where there is true repentance grace is free to act, for the requirements of holiness are conserved when sin is renounced. Thus, it is the duty of the evangelist to cry “Let the wicked forsake his way, and the unrighteous man his thoughts; and let him return unto the Lord (from whom he departed in Adam), and he will have mercy upon him” (Isa. 55:7). His task is to call on his hearers to lay down the weapons of their warfare against God, and then to sue for mercy through Christ.

The way of salvation is falsely defined. In most instances the modern “evangelist” assures his congregation that all any sinner has to do in order to escape Hell and make sure of Heaven is to “receive Christ as his personal Saviour.” But such teaching is utterly misleading. No one can receive Christ as his Saviour while he rejects Him as Lord. It is true the preacher adds that, the one who accepts Christ should also surrender to Him as Lord, but he at once spoils it by asserting that though the convert fails to do so nevertheless Heaven is sure to him. That is one of the Devil’s lies. Only those who are spiritually blind would declare that Christ will save any who despise His authority and refuse His yoke: why, my reader, that would not be grace but a disgrace—charging Christ with placing a premium on lawlessness.

It is in His office of Lord that Christ maintains God’s honour, subserves His government, enforces His Law; and if the reader will turn to those passages—Luke 1:46, 47; Acts 5:31 (prince and Saviour); 2 Peter 1:11; 2:20; 3:18—where the two titles occur, he will find that it is always “Lord and Saviour,” and not “Saviour and Lord.” Therefore, those who have not bowed to Christ’s sceptre and enthroned Him in their hearts and lives, and yet imagine that they are trusting in Him as their Saviour, are deceived, and unless God disillusions them they will go down to the everlasting burnings with a lie in their right hand (Isa. 44:20). Christ is “the Author of eternal salvation unto all them that obey Him” (Heb. 5:9), but the attitude of those who submit not to His Lordship is “we will not have this Man to reign over us” (Luke 19:14). Pause then, my reader, and honestly face the question: are you subject to His will, are you sincerely endeavoring to keep His commandments?

Alas, alas, God’s “way of salvation” is almost entirely unknown today, the nature of Christ’s salvation is almost universally misunderstood, and the terms of His salvation misrepresented on every hand. The “Gospel” which is now being proclaimed is, in nine cases out of every ten, but a perversion of the Truth, and tens of thousands, assured they are bound for Heaven, are now hastening to Hell, as fast as time can take them. Things are far, far worse in Christendom than even the “pessimist” and the “alarmist” suppose. We are not a prophet, nor shall we indulge in any speculation of what Biblical prophecy forecasts—wiser men than the writer have often made fools of themselves by so doing. We are frank to say that we know not what God is about to do. Religious conditions were much worse, even in England, one hundred and fifty years ago. But this we greatly fear: unless God is pleased to grant a real revival, it will not be long ere “the darkness shall cover the earth, and gross darkness the people” (Isa. 60:2), for “Evangelism” constitutes, in our judgment, the most solemn of all the “signs of the times.”

What must the people of God do in view of the existing situation? Ephesians 5:11 supplies the Divine answer: “Have no fellowship with the unfruitful works of darkness, but rather reprove them,” and everything opposed to the light of the Word is “darkness.” It is the bounded duty of every Christian to have no dealings with the “evangelistic” monstrosity of the day: to withhold all moral and financial support of the same, to attend none of their meetings, to circulate none of their tracts. Those preachers who tell sinners they may be saved without forsaking their idols, without repenting, without surrendering to the Lordship of Christ are as erroneous and dangerous as others who insist that salvation is by works and that Heaven must be earned by our own efforts. 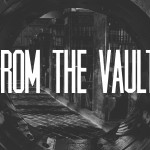 Next Story:
Sanctification in Narnia