The Gospel of the Walking Dead 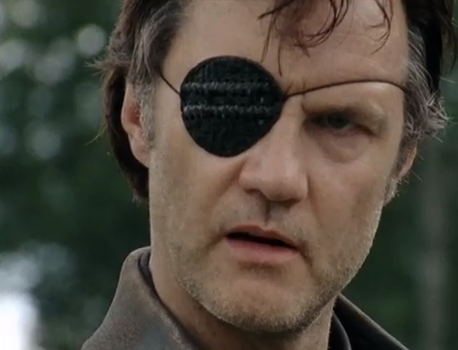 Note: FULL SPOILERS for the Season 4 mid-season finale “Too Far Gone” are below.

The Season 4 mid-season finale was quite a blow to the gut, was it not? Any fan of the show has probably come to expect big episodes like this; any fan of the comic probably already knew this wasn’t going to end well. In this week’s episode, we saw the full-on return of the Governor, the death of Hershel, the destruction of the home Rick’s group had built for themselves, the death of the Governor’s new “daughter” as well as numerous other fatal casualties. Throughout all of this the writers of the show have one theme they want you to see come to the foreground of the show: “Can you come back? Are you ever too far gone?”

This theme has been subtly played out in numerous ways beginning in Season 3 with the death of Laurie and now finally culminating in this week’s episode. Now in Season 4, this theme has been explored further. Rick has come back from his fake phone-call answering self, but no longer wants to be responsible for any decisions. Hershel routinely counsels Rick on what it means to “come back” from almost losing yourself. We see Rick beginning to learn this lesson, and helping to ground others who start to become “too far gone,” people like Tyreese who would otherwise go into a berserk rampage. Rick is able to make the decision to cast out Carol, who becomes “too far gone” and emotionally desensitized to death. 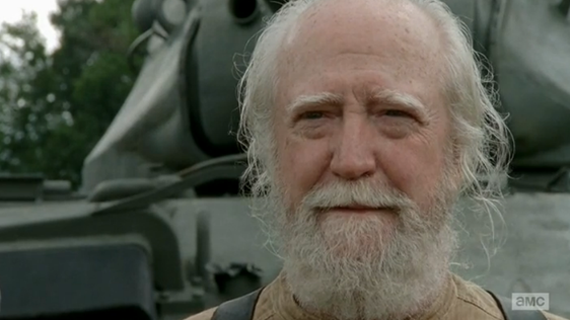 I loved this subtle smile from Hershel: “He gets it.”

Three weeks ago the viewers finally meet the Governor again, now wandering aimlessly after taking in the consequences of all that he had done. In our first episode with the Governor, it almost seemed like he was on the path of redemption. Could it be that even though he was so far gone – to the point that he would needlessly murder countless innocents – he could still come back given the appropriate motivations? Unfortunately, this was not the case as we saw in the next episode how the Governor – or “Brian” – is still completely crazy.

All of these aspects and this theme finally came to a head in this week’s showdown. How did this theme play out?

Can You Come Back?

The mid-season finale climaxes at the “negotiations” of Rick and the Governor. At first, the Governor genuinely seems peaceable and willing to let the prisoners live. Of course as the viewers we know the Governor is crazy and that he understands this “peace plan” will never work. Attempting to reconcile the situation, Rick pleads with Brian and his people for a different option. He wants to let them know that we can all “come back” and we don’t have to do these bad things to survive:

Is this what you want? Is this what any of you want?…Look I’ve fought him before, and after, we took in his old friends, they become leaders in what we have here! Now you put down your weapons, walk through those gates, you’re one of us. We let go of all of it. Nobody dies! Everyone is alive right now, everyone who has made it this far. We have all done worse kinds of things just to stay alive. But we can still come back, we are not too far gone! We get to come back. And I know, we all can change. 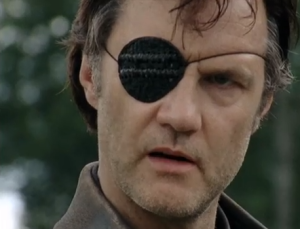 This emotional speech from Rick is the “gospel” of the Walking Dead. It is the good news that despite all of the brokenness of this apocalyptic world, despite all of the bad choices you make, you can still come back from those dark places and be a good person. You can do the right thing. Rick has proved it, and so have the people of his group.

We Have a Greater Gospel

What can we learn from this theme of the Walking Dead? I’d like to suggest four things we can all learn: 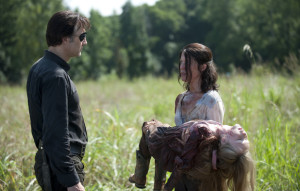 James 1:15 tells us that “…sin when it is fully grown brings forth death.” The consequences of the Governor’s greed, selfishness and revenge could only bring forth death; the death of his loved ones, the death of those around him, and ultimately his own death. There is no way around the consequences of our actions. While we might not back outrageous decisions like the Governor in our own lives, our sin is outrageous in the sight of God and it comes with outrageous consequences. Because of our sin you, me and everyone around us dies. It is a fact of life.

2. We Have a Greater Gospel

The gospel of the Walking Dead is that you can come back from all of the bad things you have done and do the right thing. You don’t have to be a bad person. While this is certainly a great message, it is not the ultimate message. The ultimate message comes from Christ our King. The Christian God does not just say to us “You can shape up and be a better person.” Not at all! Instead, the Christian God acknowledges that we CAN’T fix ourselves, but shows us the way through Christ. God doesn’t abandon us, he gives us Christ to take on our penalty of death-bringing sin and show us the measure of self-sacrifice and love that should motivate our lives.

But when the goodness and loving kindness of God our Savior appeared, he saved us, not because of works done by us in righteousness, but according to his own mercy, by the washing of regeneration and renewal of the Holy Spirit, whom he poured out on us richly through Jesus Christ our Savior, so that being justified by his grace we might become heirs according to the hope of eternal life. The saying is trustworthy, and I want you to insist on these things, so that those who have believed in God may be careful to devote themselves to good works. – Titus 3:4-8

3. Every Other Gospel Fails

While Rick’s “gospel” sounds nice and is a good message, it ultimately fails. It does not change the heart, but only addresses topical behavior. The reason why the Governor and those who follow him do not want to believe Rick’s gospel is because their desires are completely disoriented. No amount of “we can be at peace and do the right thing” can reorient self-obsessed people like the Governor. What they need is not a change of behavior, but a complete change of heart.

We don’t come back from our bad choices and sin through self-effort and trying harder. We come back by being given a new heart in Christ.

Scripture tells us that when we place our faith and hope in Christ and not in ourselves, God removes our heart of stone and gives us a heart of flesh (Ezekiel 36:26). We don’t need behavior change, we need a heart change and that is exactly what God gives us.

4. Real Change Only Comes in Christ

The Walking Dead is only a TV show. It paints us a picture of a reality where despite everything you’ve done, it is still possible for you to change yourself. But our life isn’t a TV show, and we don’t live in a prison surrounded by walkers. The truth is, we can’t change ourselves. No matter how hard we try, we will always do bad things and offend a holy and righteous God. Thankfully, we don’t have a God who leaves us to our own devices. Christ came and showed us the way, he bought us with his blood, and he left us with the gift of the Holy Spirit. Now, under the motivations of God’s great love for us IN CHRIST, we are able to walk in obedience. In Christ, we are able to put on a new self, an image that is created after the likeness of God and is motivated by true righteousness and holiness (Ephesians 4:24).

Like Rick’s gospel (put down your weapons, surrender and walk through the gates), Christ’s gospel requires a surrender of self and obedience to his commandments. We have a greater message and a greater king than any gospel that is of this earth! Christ doesn’t just tell us, he shows us. He doesn’t leave us, he becomes one of us. He doesn’t leave us empty handed, he gives us himself and His Spirit to teach and guide us. We aren’t just individual survivors, but he brings us into a family to walk with us.

Praise be to Christ for giving us far more than we could ever deserve!