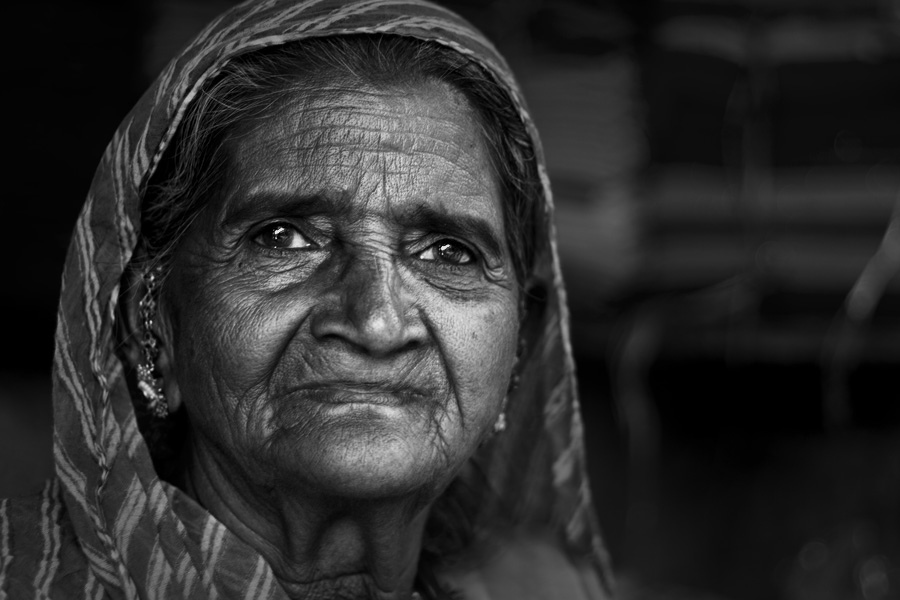 In the Fall of 2012 I took a course on Christian missions that really helped shape my Biblical understanding of the need and call of Christian missions. Of all the resources and material we digested for the course, there was perhaps no book that had greater impact on me than M. David Sills’ book Reaching and Teaching. As I have been too busy to write anything “original” lately, I wanted to go back to this text and share some motivation and encouragement for cross-cultural ministry.

The passage below is an excerpt from Reaching and Teaching that is specifically speaking on Paul’s missiology and his methods, with the implication that Christians today can learn much from Paul. Christians often think of missions as something overseas in destitute places – and while certainly there is a great and growing need for effort on this front – the local missions frontier cannot be completely abandoned either. Sills point therefore in the below passage is to show that the Christian does not need to go overseas for cross-cultural ministry, as it is currently being brought to our doorstep. Learning about other cultures, learning other languages, and learning how to break down cultural walls can be just as applicable in the West as it can be overseas.

Someone has said that a missionary is “anyone who cannot get used to the sound of pagan footsteps on their way to a Christless eternity.” When using a broad definition like this, we would have to say that of course Paul was a missionary. In fact, using a broad understanding of the term, the great English Baptist preacher of the nineteenth century Charles Haddon Spurgeon once said, “Every Christian is either a missionary or an imposter.” His point was that all true believers should have hearts that long for the salvation of lost people everywhere. However, we need to define the term more precisely, or everyone and no one is a missionary.

A technical definition begins with the etymology of the word. The word missionary comes from a Latin word meaning “to send”; therefore, a missionary is “a sent one.” However, a fair question – and the one which this book addresses – is, “Sent to do what?” Paul writes in 2 Corinthians 5 that Christians are ambassadors for Christ, sent with the ministry and message of reconciliation: preaching the gospel, making disciples, and teaching disciples to observe all that Christ has commanded us. Certainly, this should be true in the life of a missionary, a sent one.

A proper definition of the term missionary distinguishes the missionary from an evangelist or preacher by including the idea of crossing boundaries for the sake of the gospel. These boundaries may be linguistic, geopolitical, socioeconomic, or cultural. In our modern age of globalization, one does not have to cross salt water to be a missionary. There are people groups traveling and living all over the world, bringing their languages, worldviews, religions, and cultures with them. Regardless of where you live in today’s world, you will find people nearby who identify with other languages and cultures. God provides intercultural ministry opportunities in virtually every corner of the world.

If a missionary is someone who intentionally crosses boundaries to share the gospel, make and teach disciples, and plant churches among them, then Paul was clearly a missionary. John Polhill writes, “No descriptions fits Paul better than that of missionary. Acts consistently portrays him in this role. The patterns of missionary activity established by Paul are in many aspects still followed today.” The Lord Jesus sent Paul to take the gospel to the Gentiles (Acts 13:47, 22:21, 26:17), and the Bible is clear that Paul faithfully discharged his duty and sought to fulfill this calling. Paul was so evidently a missionary that Barnett writes, “Paul the missionary became the great example for centuries of those who would leave the security and comfort of home for the perils and uncertainty of the itinerant missionary.”

Let us then define an intercultural missionary in this way: one whom God has called and sent as an ambassador of Christ with the message of reconciliation to make disciples, baptize, and teach to obey all that He has commanded, and who intentionally crosses cultural boundaries to do so. The life of David Brainerd illustrates the fact that one does not have to cross salt water to fulfill such a calling. He engaged Native American indigenous peoples, learning their language and culture, and preached gospel in such extreme conditions as to hasten a premature death. Countless other missionaries in the pages of history crossed cultural barriers, learned languages, suffered persecution, planted churches, discipled, and taught indigenous pastors who converted from paganism – all without ever leaving the shores of their home continent.

Affairs, The Deceitfulness of Sin and the Need for Other Believers 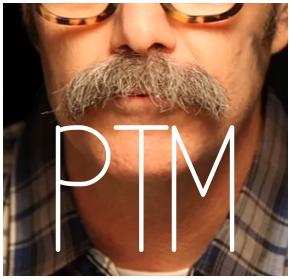 Thanks for the pic, Daniel.

Earlier this week I published a short excerpt and elaboration from Paul Tripp’s In the Redeemers Hands, a book on what it means for Christians to help apply the gospel to the lives of one another. It should be no secret that I love everything that comes from Paul Tripp’s ministry, and so to that end I am going to share another excerpt from this same book. This passage needs no elaboration from me. Allow this illustration to simmer, and reflect on the seriousness of sin.

A woman once approached me during a seminar on this material and asked, “If I have the Bible in my hands and the Holy Spirit in my heart, why do I need to be counseled by others?” How would you answer her? Indeed, the Holy Spirit is the Wonderful Counselor of the church. He enables us to understand God’s Word, convicts us of sin, works in us a willingness to obey, and enables us to do what we have been called by God to do. But does this mean that I no longer need one-on-one ministry? You could use the same logic to argue that you don’t need public worship and the public ministry of the Word. This woman was missing something significant, which is captured by a few short verses in Hebrews: “See to it, brothers, that none of you has a sinful, unbelieving heart that turns away from the living God. But encourage one another daily, as long as it is called Today, so that none of you may be hardened by sin’s deceitfulness” (Heb. 3:12-13).

There is a lot packed into these two short verses. First, notice that the passage is written to “brothers,” that is, to believers. The writer us addressing issues that are part of the normal life of every Christian. He is not talking to those outside the faith or to some special class of believers. The writers is saying that there is something in each of us that places us in danger, and because of that, we need the daily ministry of others.

Next, look at the content of the warning: “See to it that none of you has a sinful, unbelieving (i.e. turning away, ultimately hardened) heart.” The fact that there is a need for this kind of warning should get our attention. What is being described here is a process, one I have seen many times in people I have counseled.

It all starts with the person giving in to the sinful desires of his or her heart. A married man becomes interested in a woman at work. He thinks about what it would be like to get to know her better. He begins to spend way too much time studying the way she dresses, the look of her face, the way she keeps her hair, and the shape of her body. As he does this, his desires grow. He has not considered a physical relationship, and he is not thinking of leaving his wife at this point. He decides to talk to the woman. What harm could it do? After all, she is a colleague, so he ought to have a good relationship with her.

It isn’t long before they are having long lunches together and talking often during the day. One day he offers to take her home and spends forty-five minutes sitting closer to her on the couch. He touches her hand and tells her how much he appreciates their friendship. On the way home, for the first time he wishes he wasn’t married. When he arrives home he is careful about how he reports on his day. That night he lies in bed next to his wife, thinking about the woman at work. He is progressively giving in to subtle patterns of sin, but he doesn’t see them for what they are.

Yet there is something else going on inside him, the conviction of the Holy Spirit. He is uneasy. He feels a bit guilty. He doesn’t experience the joy he once did at seeing his wife at the end of a long day. He knows he is all too excited to go to work in the morning. He knows he has begun to be more critical of his wife and that he feels a unique kinship with this other woman. So he argues with himself, trying to quiet his conscience. He doesn’t see it, but he is responding to subtle patterns of sin with subtle patterns of unbelief. He tells himself that he hasn’t done anything wrong, that the Bible does not forbid a man’s friendship with a woman, that he is a faithful husband, and that he hasn’t done anything adulterous. He convinces himself that this relationship is a good thing, that he needs more of these kinds of relationships at work, that he has existed too long in the comfortable Christian ghetto, and that God is actually pleased he has reached out to someone.

Not only is he acting upon the sinful desires of his heart, he is subtly backing away from the interpretive authority of Scripture. Giving in to patters of sin has been followed by unbelief, and all the while the man and his wife are actively involved with their church. But underneath, he has begun to lose his spiritual moorings. A childlike trust in and obedience to the Word has been his moral anchor. He had been sensitive to the ministry of the Holy Spirit. But now he has cut the anchor chain and is adrift. And he doesn’t even know it.

Because he has lost his spiritual moorings, he drifts away further. Before long he and his coworker are leaving lunch and not returning. He begins to volunteer for business trips when he knows she is going. The relationship is increasingly physical. His relationship with his wife is disintegrating, but he doesn’t care. In fact, he wonders why in the world he married her. He is spending more time at work in the evenings and on weekends, and so he is less involved with activities at his church. He has quit reading his Bible and praying; he feels quite trapped by the whole “Christian thing.” His wife pleads with him to go with her for counseling, but he is not interested.

There are more evenings when he doesn’t even come home. Lies fill his conversations with his wife. His pastor pursues and pleads with him, but he is unmoved, no longer attentive to the Word or sensitive to the ministry of the Holy Spirit. His heart has become hard. He is not sure he believes “that stuff” any more, and before long he is making plans to leave his wife.

Sinful -> unbelieving -> turning away -> hardened hearts. What a terrifying progression! Perhaps you are wondering, “How could this happen to a believer?” This passage answers the question with its detailed description of how things went wrong. Notice the words in Hebrews 3:13: “so that none of you may be hardened by sin’s deceitfulness.” This explains why we need the daily ministry of fellow believers.