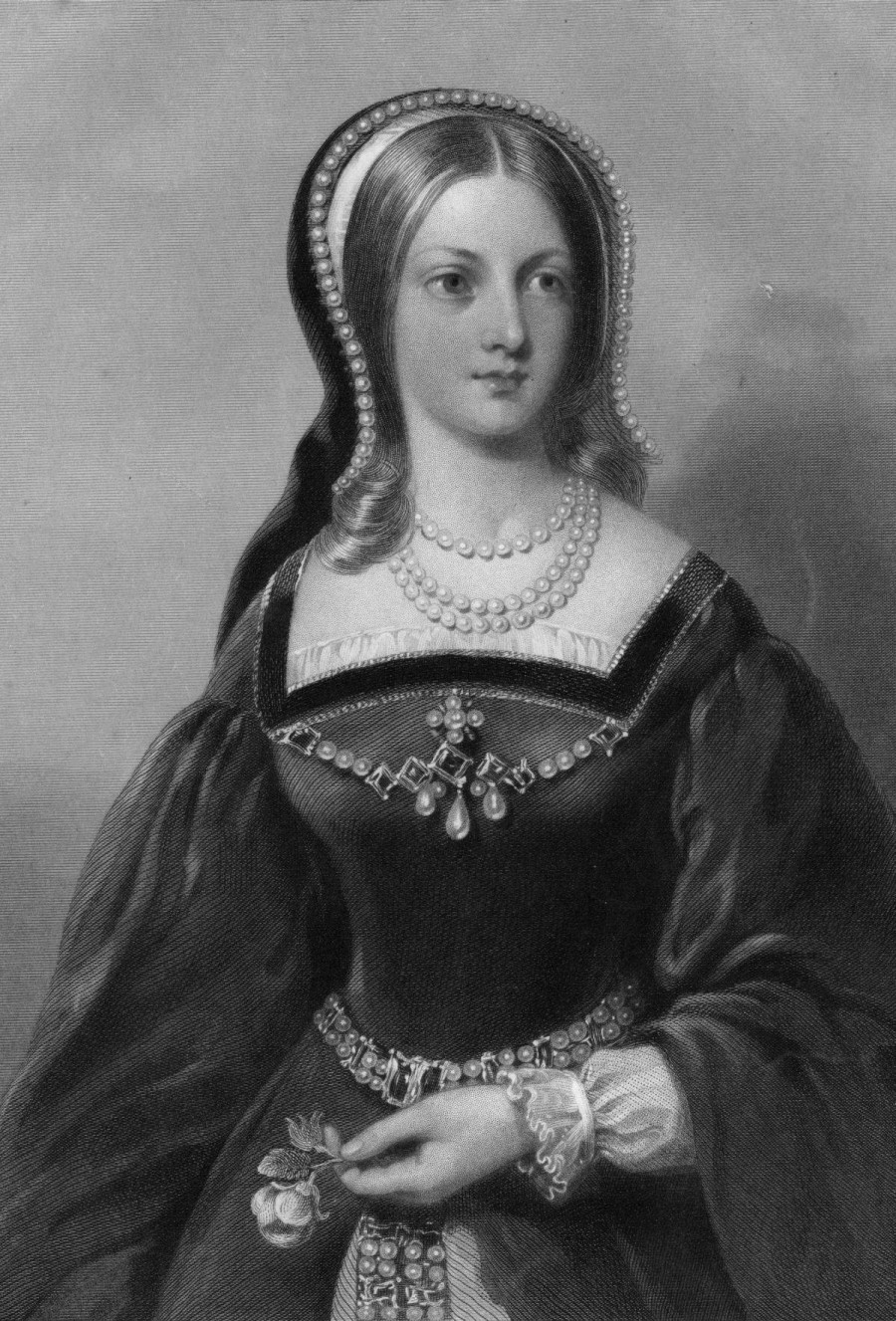 *I have cited it in the sources below, but I owe much of the inspiration and information for this post to Dr. Stephen Nichols book The Reformation.

It is common in matters of Reformation Church History to primarily speak of these great figures and martyrs of its time: Luther, Calvin, Zwingli, Bullinger,  Beza, Cranmer, Knox, Cromwell, Bunyan, etc. Do you notice one thing in common with all of these names? It is not that they’re all White Europeans or that they had epic beards; no, the trait all of these names have in common are that they all belong to men.

Did you know that there are great heroines of the Reformation? While fewer in number their heart, bold speech and mighty actions equal, rival and often tower over the men of their time. There is one woman in particular whose actions warm my heart, stir my affections for Jesus and stand out as a mighty figure in church history.

But before we can address this great heroine of the Reformation, we must first take a step back in time to tell the soap opera tale of a certain English king and his ill-suited Queens – all seven of them.

King Henry VIII was a king known for his devout and persistent Roman Catholic faith. He was not only a king, but was known for being something of a theologian; in 1521 he refuted Martin Luther and defended Roman Catholic theology in a book entitled The Defense of the Seven Sacraments. The pope at the time, Leo X, praised Henry and gave him the title of “Defender of the Faith.” So long as Henry was on the throne, it appeared impossible for the German or Swiss Reformation to come anywhere near England.

But all was not as it seemed. Henry was married to his first wife Catherine, and after six children (only one of which survived, Mary – remember her for later), Henry was not satisfied without having a male heir. Seeking this heir, he wanted an annulment from Catherine, something the Roman church was either not willing to provide or was taking too long to decide.

Enter Thomas Cranmer: the Archbishop of Canterbury and a man influenced by the turning tides of the Reformation who sought deep reform in England. Seizing the opportunity, Cranmer influenced Henry and told him that he would grant him annulment if Henry would break from the pope and the Roman Catholic church.

In 1534 Henry and Parliament signed and declared the Act of Supremacy, officially breaking from all papal and Roman authority. It is for this reason the first 14 years of the English Reformation is often called the Henrician Reformation. Henry had already married Anne Boleyn, who also failed to produce a male heir. Instead, her only surviving child was another daughter, Elizabeth. Cranmer was soon called upon to annul another marriage and Queen Anne was beheaded. Henry married Jane Seymour, who died giving birth to Henry’s only son Edward. The King then married Anne of Cleeves, and that marriage was soon annulled. His next marriage was to Catherine Howard, who had affairs and was tried and beheaded for treason. Henry’s last marriage was to Catherine Parr in 1543. He died four years later.

King Edward VI, then nine-years-old was put on the throne. Edward was a sickly child, and being only nine years in age, Cranmer was able to use the time of Edwards rule to push for the most serious of reforms. King Edward died a few years later in 1553. 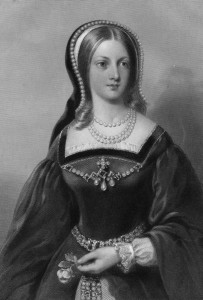 This is where things get even more interesting. During the latter portion of Henry’s rule, England had distanced itself from Rome by abolishing Papal authority and either purchasing or destroying Rome’s many monasteries and churches. While Edward was on the throne and Cranmer pushed for sweeping reforms, England became known as being much more Protestant than Roman Catholic. The problem was that the next heir to the throne was Mary, from Henry’s second marriage. Mary was Roman Catholic in her DNA, so her ascent to the throne threatened to dismantle the Reformation that had taken hold in Britain.

Those committed to the cause of the Reformation entered into a political frenzy. Their plan was to halt the ascension of Mary by instead putting King Henry’s grandniece Lady Jane Grey on the throne. She was only sixteen years in age.

However committed to the Reformation England was, they were more committed to the royal blood-right of kings, so this political maneuver did not end well for Lady Jane nor her followers. Immediately following Lady Jane Grey’s placement on the throne as queen, Mary and her followers overcame the small resistance in support of Lady Jane and had them all arrested. But Lady Jane Grey was not your average sixteen-year-old teenage girl. Grey was highly trained and educated, especially in Biblical studies. She knew the original languages, and corresponded regularly with the leading Swiss Reformer Heinrich Bullinger.

Can you imagine? Lady Jane lived in a time where very few women had any kind of education, but to be this specialized? As we will see, Lady Jane could keep up with the best of the Reformation theologians. Whats more, not only was she highly and uniquely trained as a sixteen year old girl (or for anyone for that matter), but she did not merely posses head knowledge but was very mature in her passion and heart for Jesus as well. Look at what she wrote to her sister Catherine shortly after her arrest:

I have here sent you, Good sister Catherine, a book, which although it be not outwardly trimmed with gold, yet inwardly it is worth more than precious stones. It is the book, dear sister, of the law of the Lord…

Rejoice in Christ, as I do. Follow the steps of your master Christ, and take up your cross. Lay your sins on his back, and always embrace him. And as touching my death, rejoice as I do, good sister, that I shall be delivered of this corruption, and put on incorruption. For I am assured, that I shall, for losing of a mortal life, win an immortal life.

Unfortunately, “Bloody Mary” is not just the name of a tasty cocktail but was the name given to this Queen Mary who had arrested our dear Lady Jane. Sensing that Lady Jane was nothing more than a pawn in a political scheme, she offered life and peace to Grey by giving her the option of participating in Roman Mass. If she would but partake, Mary would give her life instead of condemn her. Being only sixteen, you’d think Lady Jane would delight at such an offer. But the cost was too high for our heroine. Jane Grey was so appalled at the thought of converting back to Catholicism that she chastised her former tutor and family chaplain at the news that they had converted back to Catholicism:

How canst thou having knowledge, or how darest thou neglect the law of The Lord, and follow vain traditions of men? And whereas thou hast become a public professor of his name, become now a defacer of his glory. I will not refuse the true God, and worship the invention of man, the golden calf, the whore of Babylon, the romish religion, the abominable idol, the wicked mass: wilt thou torment again, rend and tear the most precious body of our Savior Christ with thy bodily and fleshly teeth without the breaking whereof upon the cross, our sins and transgressions, could else no way be redeemed? Wilt thou take upon thee to offer up any sacrifice unto God for our sins, considering that Christ offered up himself upon the cross, a lovely sacrifice once for all?

Lady Jane was soon quizzed by Mary’s archbishop, Feckenham. Jane stood up against his challenges of the teachings of Scripture and the principles of the Reformation. Trying to trick Jane on the issue of justification, Feckenham said this: “It is necessary unto salvation to do good works also; it is not sufficient only to believe.” Lady Jane responded with an articulation of the doctrine of justification that would make Luther tremble:

I deny that, and I affirm that only faith saves; but it is meet for a Christian to do good works, in token that he follows the steps of his Master, Christ, yet may we not say that we profit to our salvation; for when we have done all, we are unprofitable servants and faith only in Christ’s blood saves us.

Lady Jane Grey was only on the throne for nine days, and was executed a few months after arrest shortly after her seventeenth birthday. Now known as the nine-day queen, she was martyred for her beliefs on February 12, 1554. Her last words on the scaffold were: I here die a true Christian woman and I trust to be saved by the blood of Christ, and by none other means.

Lady Jane might not have accomplished as much as some of the titans of the Reformation, but her faith in adversity was uniquely powered by the work of the Holy Spirit in her life. Grey’s dedication to a strong head and an even softer heart provides a model for all Christians. Her boldness and desire to know Christ intimately – even at such a young age, even amidst the immense difficulties for a seventeen-year-old girl to obtain such an education – is inspiring to us today.

Nichols, Stephen J. The Reformation: How a Monk and a Mallet Changed the World. Wheaton, IL: Crossway, 2007.